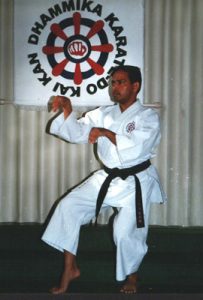 After gaining experiences from several karate teachers, Shihan Athula co-founded the National Karate Federation of Sri Lanka (Sri Lanka Karate-Do Federation) together with his trainer and other high-ranking members on May 12, 1975. Twenty years later, in 1995, he was asked by the Sri Lankan Ministry of Sports in the context of a reform to revise the existing rules and regulations in karate. In the following year, he was commissioned by them to draw up a new constitution (1996). 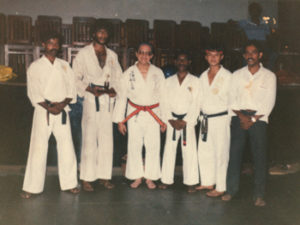 Shihan Athula and his students together with grandmaster Chew Choo Soot.

After passing the exam in 1980, Shihan Athula received the 3rd Dan black belt from grandmaster Chew Choo Soot (10th Dan), who was one of the first members of the All Japan Open Karate Tournament Committee and a highly respected Chinese Kung Fu master who was able to handle 18 different Chinese-Oriental weapons. In the following four years, Shihan Athula continued to learn karate intensively under Chew Choo Soot until he received the 4th Dan black belt by him in 1984. It was also Chew Choo Soot who taught him how to use Chinese weapons.

After he has helped to introduce and spread the art of Hayashi-Ha karate in the UK, he decided to leave Great Britain. Finally, Shihan Athula emigrated to Germany where he founded his own karate association called Japan Karate-Do Dhammika-Ha Shito-Ryu Kai. Since then, Shihan Athula is not only a teacher in karate, but also a teacher in kobudo. As a kobudo teacher, he teaches the use of Okinawan and Chinese-Oriental weapons including nunchaku, tonfa, bo, sai, kama, tekko, eku (oar) and iaido.

In addition, Shihan Athula is one of the referees who can judge both half and full contact karate basing on the rules of WKF as well as kickboxing. 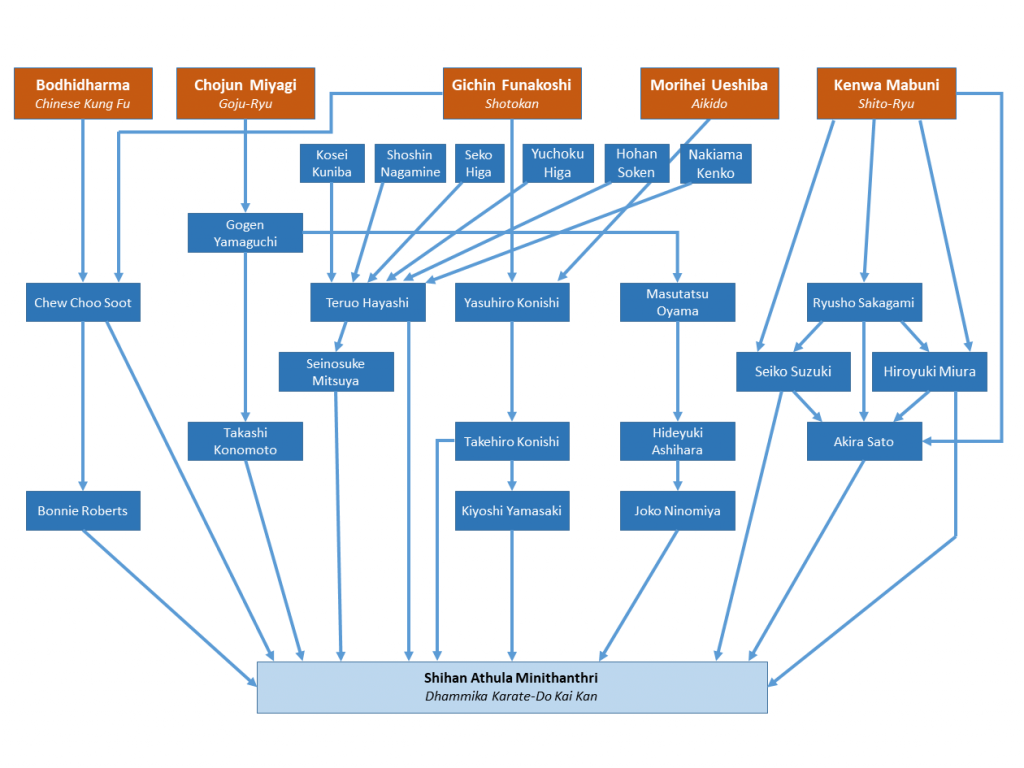 It is also worth mentioning that Shihan Athula teaches numerous other katas in addition to the katas specified in Japan Karate-Do Sato-Ha Shito Ryu and Japan Karate-Do Dhammika-Ha Shito-Ryu Kai. In total there are more than 80 katas across all styles:

Plus 26 Shotokan Katas and a couple of Goju-Ryu Katas!

We use cookies on our website to give you the most relevant experience by remembering your preferences and repeat visits. By clicking “Accept”, you consent to the use of ALL the cookies.
Cookie settingsACCEPT
Manage consent

This website uses cookies to improve your experience while you navigate through the website. Out of these, the cookies that are categorized as necessary are stored on your browser as they are essential for the working of basic functionalities of the website. We also use third-party cookies that help us analyze and understand how you use this website. These cookies will be stored in your browser only with your consent. You also have the option to opt-out of these cookies. But opting out of some of these cookies may affect your browsing experience.
Necessary Always Enabled

Performance cookies are used to understand and analyze the key performance indexes of the website which helps in delivering a better user experience for the visitors.

Analytical cookies are used to understand how visitors interact with the website. These cookies help provide information on metrics the number of visitors, bounce rate, traffic source, etc.

Advertisement cookies are used to provide visitors with relevant ads and marketing campaigns. These cookies track visitors across websites and collect information to provide customized ads.

Other uncategorized cookies are those that are being analyzed and have not been classified into a category as yet.